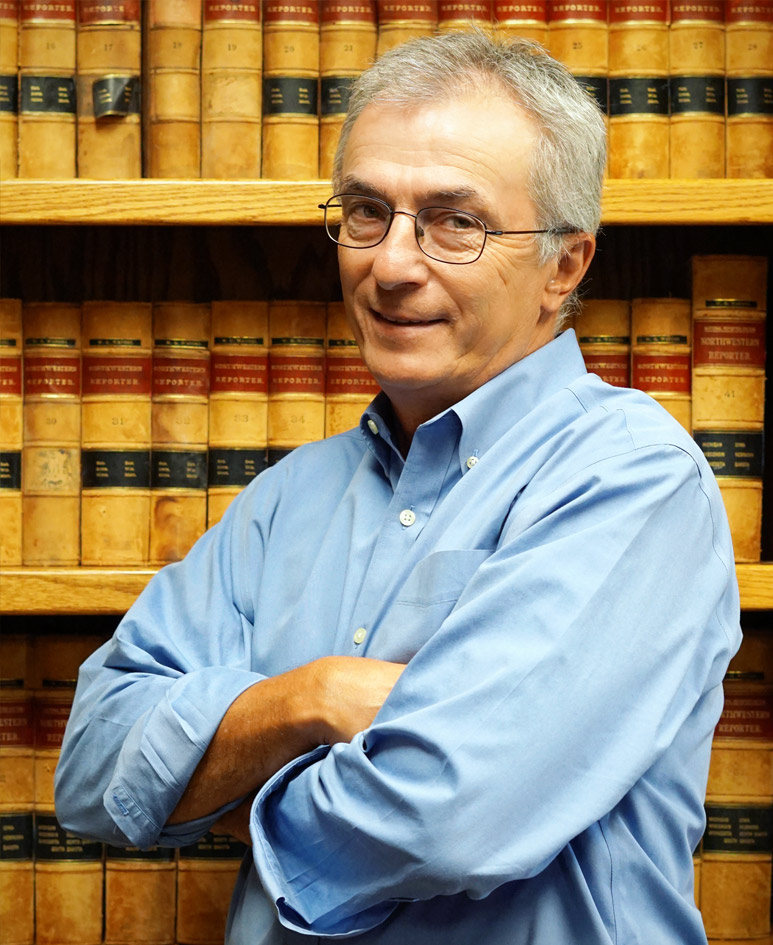 Lee is certified as a Civil Trial Specialist by the National Board of Trial Advocacy. Less than ten attorneys in South Dakota have achieved this designation. To be certified in this specialty, the attorney must meet rigorous requirements for jury trial experience, pass a written exam, and pass a peer review, which is done by confidential references from other attorneys and from judges within the state.

Lee is a 1980 Augustana College graduate and a 1984 graduate of the University of South Dakota School of Law. Lee currently serves as head of the State Senate.  He’s served as the State’s Attorney for Day County from 1985 to 1989, the Senator for northeastern South Dakota in 1995 and 1996, House member from Watertown in 2015 and 2016, and from 2019 to the present.  On two occasions, the Senators have elected him to serve as the head of the State Senate.

Lee is active in the Catholic Church. Lee has served as Chairman of the Catholic Community Foundation for Eastern South Dakota, and Treasurer of the Immaculate Conception School Foundation Board. He also is involved with many outdoors and conservation groups and is an avid pheasant hunter.

For over 20 years, Lee was a regular guest lecturer at the Insurance Law class at the University of South Dakota.  His lectures focused on the intricacies of insurance litigation, and how to prepare and handle litigation with insurance companies. 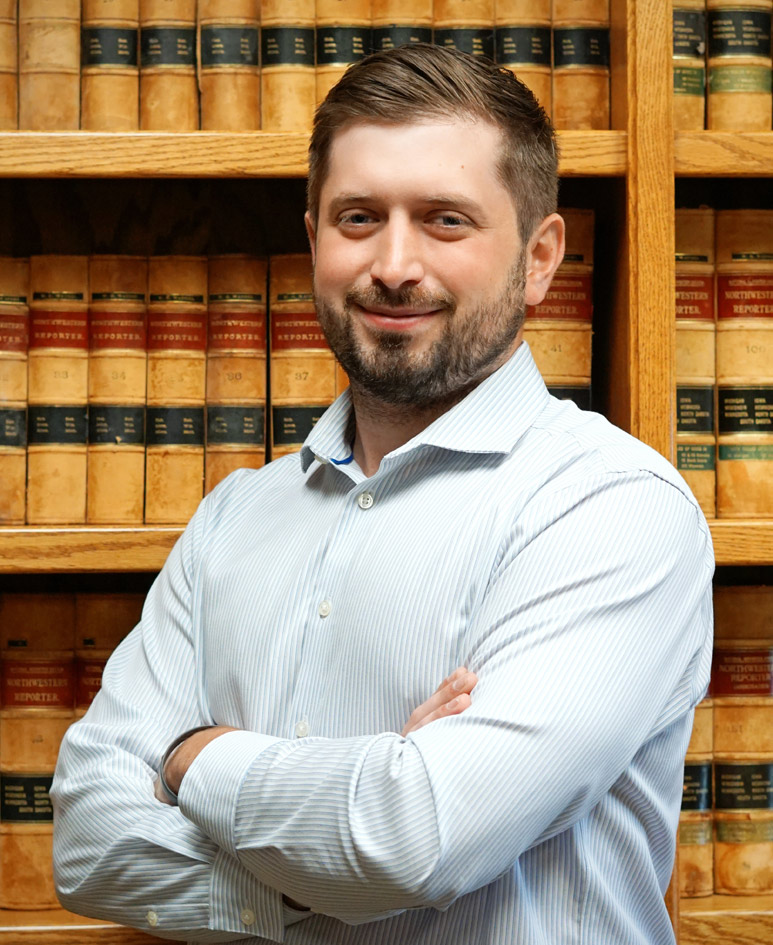 Joe grew up and graduated from high school in Dell Rapids, South Dakota. After receiving his undergraduate degree at the University of South Dakota’s Beacom School of Business in 2014, Joe continued his education in Vermillion and graduated from the University of South Dakota School of Law with honors in 2017. While in law school, Joe was a member of the Moot Court Board, participated on the Trial Team, and was the treasurer of the Student Bar Association.

After law school, Joe served as a law clerk for the First Judicial Circuit of the State of South Dakota, working primarily from Yankton, South Dakota. The clerkship was a great tool for Joe to expand his knowledge of the law, trial advocacy, and the workings of the judiciary.

Following his clerkship, in 2018 Joe and his family moved to Watertown, and Joe began working at Schoenbeck Law, PC.

Joe is admitted to practice law in South Dakota in both State and Federal court. Since beginning his practice, Joe has argued multiple cases to the South Dakota Supreme Court and represented his clients in jury trials and court trials.

In 2020 and 2021, the South Dakota Trial Lawyers Association (SDTLA) elected Joe to serve on the group’s Board of Governors. In 2020, the SDTLA awarded Joe with a “Toast of the Trial Lawyers” for his efforts on behalf of the group.

Outside of spending time with his family, Joe enjoys all of South Dakota’s outdoor activities, including pheasant hunting with his dogs, deer hunting, golfing, and fishing local lakes and the Missouri River. 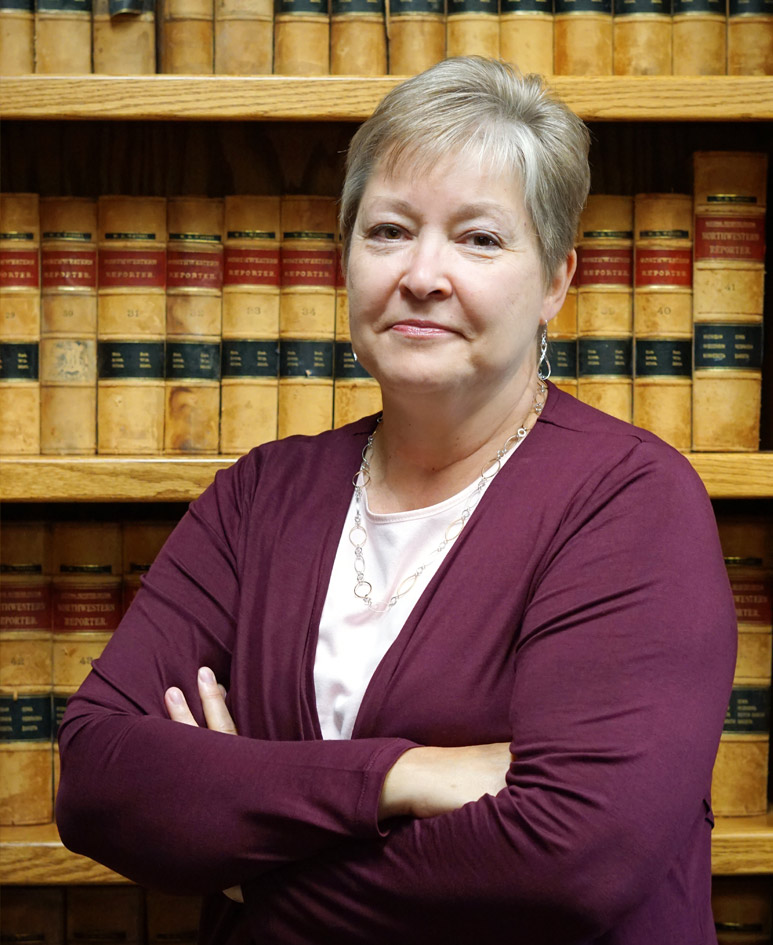 After her father’s death in 1995, Karen moved back to Webster in 1996 to be near her mother. She worked at Schoenbeck Law from 1996 to 2004 as a legal secretary. In 2004, Karen moved to Belle Fourche, South Dakota, and worked at the Barker Wilson Law Firm. While there, she obtained her Professional Legal Secretary and Professional Paralegal certifications from NALS. In 2007, Karen moved back to the Webster area and worked at Consolidated Power Producers, Inc., and Dakotacare before returning to Schoenbeck Law in 2010. Karen and her family moved to Watertown in 2012.

Karen works mainly with personal injury cases, and is the only paralegal to have presented at a South Dakota State Bar seminar on this topic. She is a member of the South Dakota Paralegal Association and has served on the Newsletter Committee since 2013, authoring the publication’s “Grammar Check” section. Karen was nominated by her peers to receive the 2013/2014 SDPA Member of the Year award.

Karen is married and has one daughter, one stepdaughter, one stepson, six grandchildren, and one great granddaughter. In her spare time, she enjoys quilting, gardening, music, camping, and reading.

After a 40-year career in the legal field, Karen is semi-retiring to a 3-day week starting in January 2022. More time to pursue those simple pleasures in life! 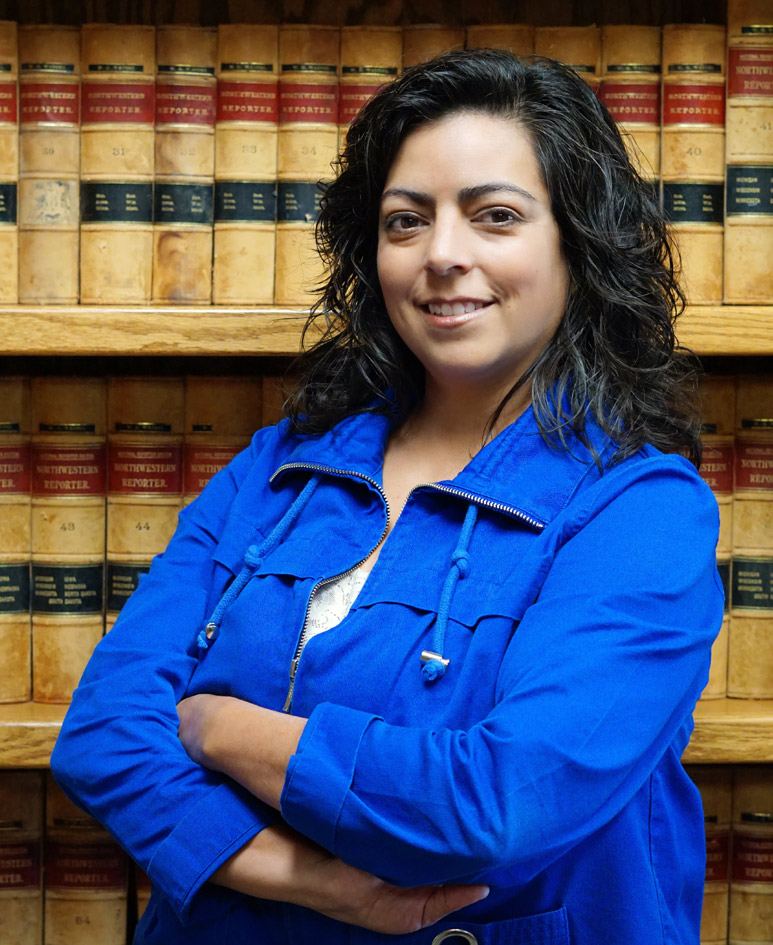 Jen graduated from SDSU in 2001 with a Bachelor’s Degree in Sociology. She spent over twelve years with Spears Law Office, PC, during which she earned the “Certified Paralegal” designation from NALA, and assisted with a successful circuit judge campaign.  In 2015, she worked a short time at the Law Office of Ronald Frauenshuh, before accepting a position with Schoenbeck Law, PC, where she works mainly on issues involving professional negligence, commercial, insurance, and estate disputes.

Jen joined the South Dakota Paralegal Association (SDPA) in 2007, and was an inaugural member of SDPA’s 360⁰ Leadership Academy.  In 2011, Jen was awarded by her peers with the SDPA Outstanding Member of the Year, and she has remained active in the association, serving as President and on various committees.  Jen enjoys writing and has authored several legal articles for publication in SDPA’s newsletter, the Reporter.

Away from the office, you’ll find Jen and her husband, Mark, RVing and gardening in the summer, doing DIY projects, and spending time with their daughter, son-in-law, and precious grandsons. 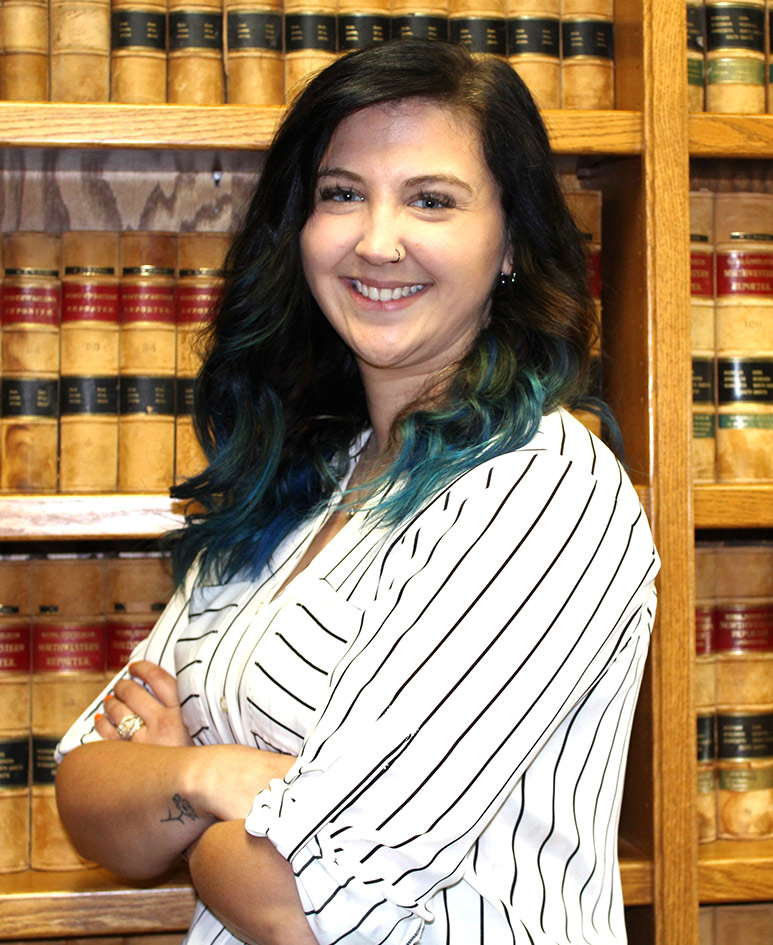 Lauren, originally from Wilmot, SD, graduated from Alexandria Technical and Community College in 2015. She earned AAS degrees in both Paralegal and Legal Administrative Assistant studies. After college, she worked for Richardson, Wyly, Wise, Sauck, & Hieb for a year, before moving back to Wilmot. She enjoys office work and has held various positions before deciding to return to the legal profession full-time. Lauren joined Schoenbeck & Erickson, PC as a paralegal in June 2022, and is studying to receive her national paralegal recertification.

On a personal note, Lauren was recently married to Dylan Collins in October 2020. She enjoys time with her family at their cabin on Big Stone Lake, going to concerts, traveling with her husband and friends, and relaxing at home with their three cats. 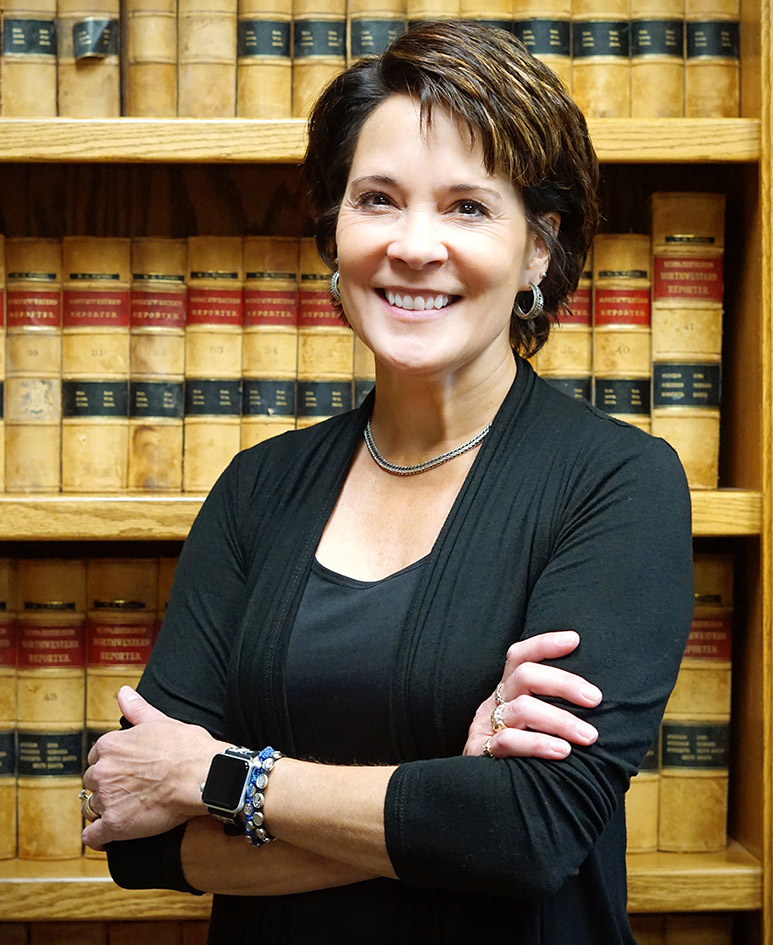 Donna started at Schoenbeck Law, PC, in December of 2006 as the office manager.

Originally from Watertown, she graduated from Northern State University with a bachelor’s degree in elementary education. Back in her hometown, she is involved in many community activities and is an active member of the Coteau Prairie Master Gardeners.

Donna and her husband, Lee, have four grown children that they enjoy visiting and traveling with. In her free time, Donna enjoys gardening, hiking in the Black Hills, reading, and traveling to new places—near and far.